Well it was bound to happen sooner or later. I now have an alt in Elder Scrolls Online. 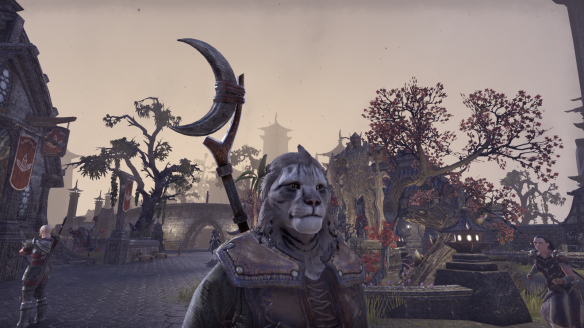 Really I’m amazed it took this long. In most games I have alts before the first week is through.

One of the main stumbling blocks in ESO was that the main race I wanted to play other than Bosmer is Khajiit, but those races are both members of the Aldmeri Dominion, so I’d be playing through the exact same content. I could’ve avoided this by ponying up for the Imperial edition, but it didn’t seem worth it.

Now that the world has been opened and faction restrictions relaxed, though, that’s no longer an issue. I’m now the proud owner of a brand new Khajiit who is leveling through the Ebonheart Pact zones, despite still technically being Aldmeri.

I’ve only played through the twin starting zones of Bleakrock Isle and Bal Foyen so far, but the Pact zones don’t feel like a radically different experience. I do note that they present the conflict with the other factions much more prominently — and boy does the Covenant come off badly. The Dominion, by comparison, focuses most of its storylines on internal struggles and more fantastical matters.

I will say this: As much as it pains my Dominion patriotism to admit it (Ayrenn remains the one true queen of Tamriel!), the Pact probably has the coolest zones, at least from a purely aesthetic perspective. The most beautiful regions of the game are to be found in Skyrim and its environs, and the Dunmeri lands are, if not exactly pretty, then certainly unique and oozing character. 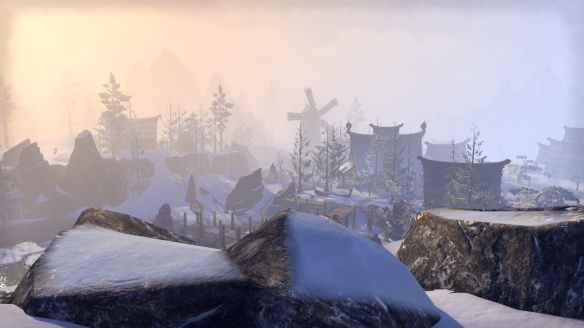 It does impress upon me how much of this game I have yet to explore even after months of (on and off) play, both geographically and culturally. I may finally have a solid understanding of the culture and history of the Aldmeri peoples, and I’m getting a grasp on some of the other races, but I still know precious little about the Dunmer, and next to nothing about the Argonians. Other than that everyone hates them for some reason, anyway.

I have decided I don’t like the Nords. You would think, given that they’re based on real world Nordic cultures, I’d love them, but they’re just the stereotypical pop culture Vikings. At best they’re dull and one-dimensional, at worst they’re borderline offensive to my heritage.

Is this a small taste of how minorities feel about being constantly stereotyped, I wonder?

At least they pronounce their j’s correctly. That’s something.

Moving on to game mechanics, for this character I’m being less of a jack-of-all-trades and focusing his abilities much more clearly. He’s going to be a traditional spell-caster, with destruction staff as his main weapon, and enchanting is the only craft I’m pursuing right now. And I might not even stick with that.

For class, I picked dragonknight. On paper sorcerer would be the best choice for a magical character, but my main is already a sorcerer, and honestly, dragonknight feels like a more natural fit for an offensive caster. 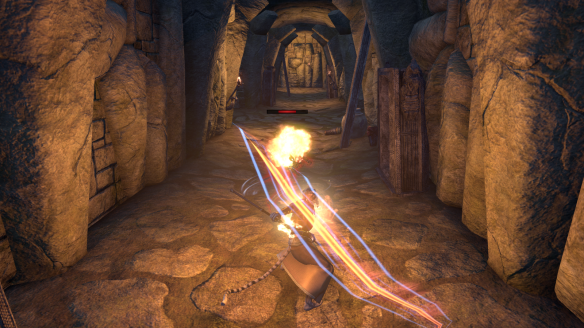 Yes, all of the sorcerer abilities are magical, but most of them are utility oriented. Dragonknight skills are all about unleashing fire and fury on your enemies. I’m especially fond of the lava whip.

That said, I’m not finding that having a different class and weapon is making for a radically different experience. The general mechanics of combat remain mostly the same.

Also, I forgot how much it sucks not to have weapon swapping. Level 15 can’t come soon enough.

I’m not sure how much I’m ultimately going to play this Khajiit character. The need to start mount training all over again is daunting, and since any character can go anywhere and do anything, I could just as easily explore the Pact lands on my main. Unfortunately swapping to a different class and weapon doesn’t provide a significantly different game experience the way it would in most other games.

But if nothing else, it’s been an interesting diversion. 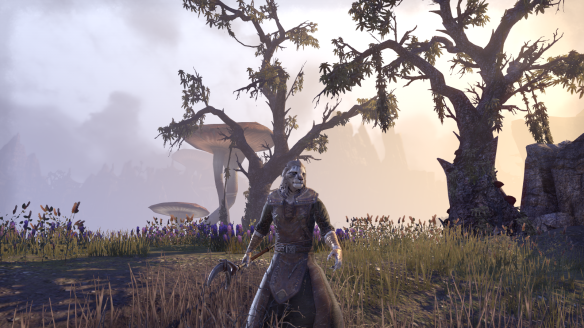 Contrarily, though, I already feel the urge to try another alt. I have a vague concept for a sword and board Dunmeri templar, who I would of course level through the Covenant zones.

Sometimes I don’t make sense even to myself.

Also, I very nearly wrote this entire post in-character using the Khajiiti speech pattern. Aren’t you glad this one decided against that?

4 thoughts on “ESO: This One Is Just a Simple Khajiit”