Recently I was nominated for the Liebester Award by Ashley over at Robo♥beat. If you’re not familiar with the Liebester Award, well, for one thing it’s a fairly misleading name. It’s not really an award so much as it is a chain letter questionnaire bloggers send each other. 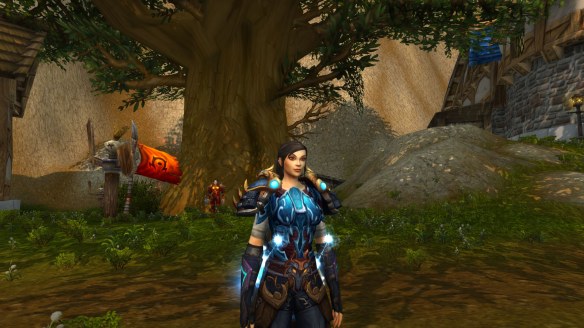 As a rule I have a pretty strong dislike for chain letters and their ilk, but on a whim, I have decided to answer Ashley’s questions. Don’t ask me why.

You’re also supposed to forward the question to eleven other bloggers, but I’m not going to do that. For one thing, I don’t even follow eleven blogs.

How did you get started blogging?

When I first started out trying to find work as a freelancer, I wanted a way to showcase my work to potential clients. Blogging seemed a good way to do that.

What’s your favorite thing about blogging?

I don’t even know why I’m still doing this, honestly. I have enough published clips that I don’t really need the blog as a demo anymore. It’s a handy way to aggregate links to my stuff, but there’s easier ways to do that.

I do enjoy my occasional discussions with fellow bloggers, but it’s not like I’ve made any friends blogging or anything. Bar one, but that didn’t end well. 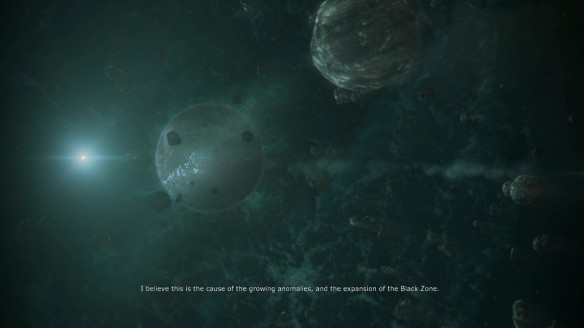 It’s a thrill when one of my articles goes viral and I get to be Internet famous for a few days, but that’s a pretty rare occurrence.

Clearly I must get something from blogging, or I wouldn’t do it, but I’m not sure what that is. I think a lot of it is that I have always had a boundless enthusiasm for running my mouth off about the things that interest me, and if I do so in blog form, people don’t roll their eyes and try to change the subject the way they do if I try this in meatspace.

What’s your favorite hobby outside of blogging?

The Lord of the Rings: The Two Towers.

Picking a single favourite game is difficult because of the advance of technology. There are games I played in my youth that were masterpieces for their day and which I truly loved, but which would seem incredibly crude by modern standards.

I tend to say that my favourite old school game is Warcraft III: Reign of Chaos, and my favourite current game is The Secret World. Mainly because they both feature unbelievable story-telling.

“The sands of time have run out, son of Durotan…”

I’d also like to throw an honourable mention to No One Lives Forever: The Operative for being absolutely one of the best games ever made. I’m not the sort of person given to cynicism about the current state of the industry or waxing that games were so much better back in the day, but NOLF is one game that has not been surpassed even today.

Game you’ve never finished and why?

There are a few I could mention, but I’ll go with Mirror’s Edge. I love absolutely everything about that game — the story (what I saw of it, anyway), the graphics, the music, the whole look and feel. I just can’t play it.

I’m spectacularly bad at platforming, and after becoming hopelessly stuck on the first major jump of the second mission, I just realized it was pointless. Breaks my heart, because I really did like it.

Star Wars or Star Trek (or both)?

Trek if I have to choose between those two, but there’s better sci-fi out there. Stargate, Dark Matter, Continuum, the first three seasons of Battlestar Galactica…

Not keen on comic books, really, but I do really like some of the characters Marvel has created (namely Spider-Man and the X-Men). And DC is just boring.

I kind of feel like “gaming accomplishment” is a bit of an oxymoron, honestly. The whole reason I’m even playing games is because they don’t really matter.

I take some small measure of pride in my successes in StarCraft II, as that it is a very challenging game and one that cannot be cheesed by grinding, or good luck, or outside assistance. Personal skill is the only path to success.

I’ve beaten all three major campaigns on the highest possible difficulty and gotten some very tough achievements. I swear I was sweating blood after that one to beat the first Protoss mission in Wings of Liberty without Zeratul taking any life damage.

Then there are a few less tangible accomplishments. Supporting that gay pride march in World of Warcraft felt really good, and I always enjoy sharing my loot bags with the Secret World community. It feels good to be sending something positive into the community for once. One time someone on their free trial got the revenant polar bear — one of the rarest and most coveted rewards — from one of my bags. That was a good day.

What’s your current obsession (a TV show, a video game, a topic)?

Do you have any other social media accounts we can follow?

I have a Facebook fanpage that I would appreciate more followers for.

That’s pretty much it. I know I should probably have more, but I dislike Twitter, and I’m not even sure what the others are exactly. Social media in general makes my brain hurt.

You must understand: I’m really a crotchety ninety year-old man trapped in the body of a pudgy twenty-something. Ah don’t understand you goshdern kids with yer Tweeters and yer Instant Grams.

3 thoughts on “Off Topic: Liebester Questions Because Why Not”