I’m pressing on with my binge watch of Once Upon a Time, moving on to the second season. You know the drill: spoilers incoming. 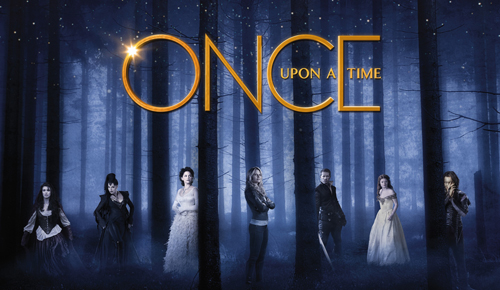 The season kicks off with a very eventful episode that does an admirable job of providing a satisfying conclusion to last season’s cliffhanger and beginning new arcs.

The curse has been broken in Storybrook, and the residents have regained their memories and their true selves. Tearful reunions abound, and it’s a great resolution to the events of the first season — very emotionally satisfying.

But then that begs a new question: Why are they still in Storybrook? Regina claims their old world has been destroyed outright, but who’s trusting Regina?

Meanwhile, Rumpelstiltskin is out for revenge, despite Belle’s objections. He’s determined to make Regina suffer for what she did to Belle, but Henry — and by extension the rest of his newly reunited family — won’t allow Regina to become the victim of vigilante justice, magical or otherwise.

In the fantasy realm, we’re introduced to several new characters: Sleeping Beauty (who is quite unpleasant), Mulan (who I already like), and Philip (Sleeping Beauty’s prince). They’re struggling to escape the wrath of a terrible wraith… but all is not as it seems. 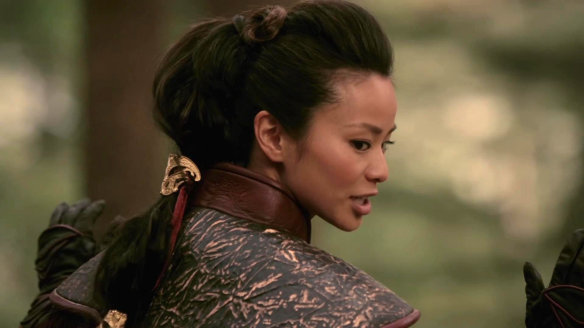 The twist for the fantasy side of things was really great, I have to say. Excellent way to play on the expectations of the viewer.

I also like how the return of magic to Storybrook means we can now enjoy fantasy elements in all aspects of the story. That raises a lot of interesting possibilities, and it’s bound to change the show for the better. We’re already seeing it in this episode.

My one complaint is that everyone is being rather unnecessarily harsh on old Rumpel. I grant he’s not the most likable fellow, but really the only bad thing he’s done in recent memory is seek revenge on Regina, and while I can understand disagreeing with his methods, the fact is pretty much everyone can agree Regina needs some comeuppance. Is it really such a big deal if Rumpel is a little overzealous?

A few questions also linger now that the curse is broken. Will Red transform come the full moon? She doesn’t have her hood. And what happened to Pinocchio? Can he be saved by the return of magic, or is his fate sealed?

Trapped and desperate, the people of Storybrook are in chaos. They look to Prince Charming for leadership, but he’s too distracted by his quest to find Emma and Snow. 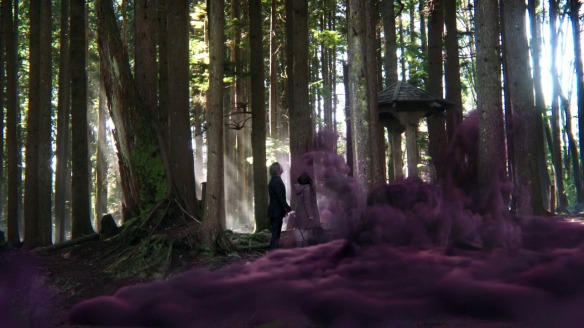 Meanwhile, Regina is on her own quest to reclaim the things most precious to her: magic, and Henry. And in true Regina fashion, she’ll stop at nothing to achieve these goals.

On the fantasy end of things, we’re back to flashbacks as we learn how Regina first embarked on the path to becoming a magician. Of course, it all comes back to Rumpelstiltskin.

Regina was really the star of this episode. It struck me how thorough a job the writers have done to make her utterly unlikable. I like how she just lies about everything all the time, even when she doesn’t have a particularly good reason to. It shows how deeply corrupt she is.

It was also interesting to see how she’s betrayed everything she ever believed in, how she’s become that which she once despised. And yet despite all that, there is still an echo of the person she once was.

Regina can be a very interesting character when the writers aren’t just playing her as cartoonishly evil without nuance. 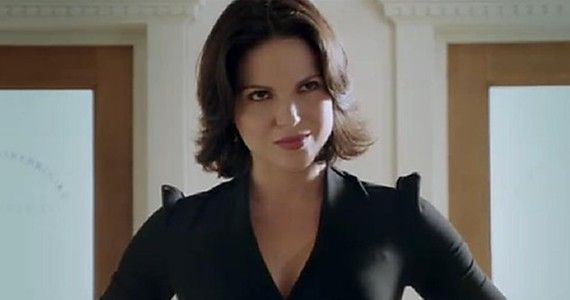 Charming’s side of the story was less compelling — again, I see where Emma gets it from — but it was nice to see him acknowledge and overcome his shortcomings, and I am enjoying how his relationship with Henry is shaping up.

This another episode I’ve seen before, though for whatever reason I had almost no recollection of it. I think by this point Once Upon a Time’s mythology has become so complex that you can’t just jump in.

Things are getting quite complicated — though I’m not complaining. We’re now following three different plotlines spread across time and worlds.

In Storybrook, Henry continues to do everything he can to set things right in the world — be it through finding a way to reach Emma and Snow or reuniting Jefferson with his daughter — even if it puts himself at risk. 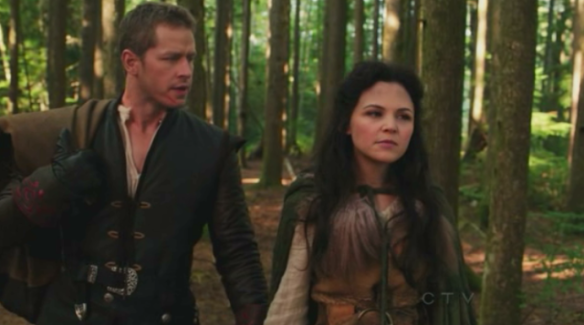 In the Enchanted Forest’s present day, Emma and Snow undertake a dangerous journey, accompanied by Mulan and Sleeping Beauty*, to find a way back to Storybrook. This plot mostly serves to remind us that Emma is a lunkhead and Sleeping Beauty is really quite nasty.

*(Her proper name is Aurora, apparently.)

But by far the most compelling story takes place in the Enchanted Forest’s past. The war with King George takes a heavy toll on Snow White and Prince Charming, as Charming’s mother is mortally wounded in a skirmish and Snow is captured and poisoned to ensure she will never have children.

Unlikely aid comes from the disgraced Sir Lancelot, who was serving King George as a mercenary but has a change of heart upon learning the depths of the king’s cruelty. They set off to find the same enchanted lake that Charming used to cure poor Frederick of Midas’s touch.

But of course, it’s not that easy. Only one of the women in Charming’s life can be cured.

This is plot is a great example of Once Upon a Time at its very best, full of action, adventure, magic, great characters, and heartfelt emotion. It’s only a shame that the rest of the episode isn’t quite as strong. 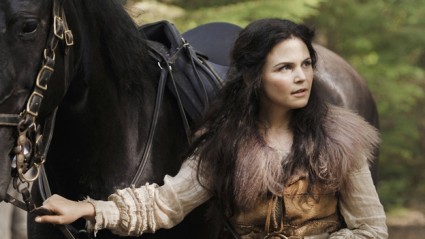 Also a bit of a shame that Lancelot is dead. He seemed pretty cool. Then again, if Cora’s anything like her daughter, she’s probably lying.

It’s time for another Rumpelstiltskin-heavy episode — always a good thing — and this time the focus is on his relationships, and how they’ve failed.

In the past, he loses his wife to her own wanderlust. I gotta say, as wretched and pathetic as Rumpel was back then — and in many ways still is — I still gotta think he could have done better. His wife was a truly awful and selfish person.

This plot is also noteworthy for introducing us to another classic fairytale character: Captain Hook. In this case, Rumpel is the “crocodile” who took his hand. 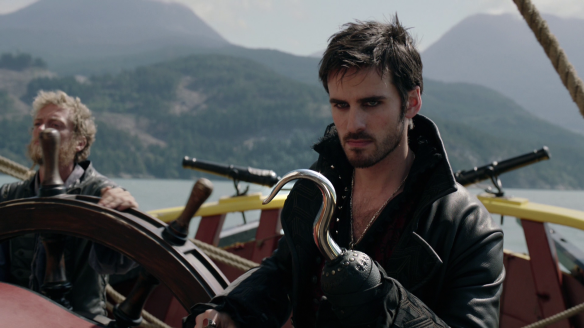 In Storybrook, he is at risk of losing Belle to his own emotional cowardice. To make matters worse, her father is out to “save” her from Rumpel’s clutches. With kidnapping and horrible magical abuse, because being a parent is hard.

Maybe it’s just because I’m writing this after a particularly bad day, but there were a lot of characters in this episode that I wanted to push down the stairs.

That’s not a complaint, though. A good story sometimes needs people to hate, and a lot of my disdain for them comes from the fact that they hurt characters I genuinely care about, which also speaks highly of Once Upon a Time.

And really, anything with Rumpel and Belle is just gold… No pun intended.

With how much Once Upon a Time is throwing together disparate parts of fiction, I almost expected this episode to be a Doctor Who crossover.

The truth is only marginally less bizarre. 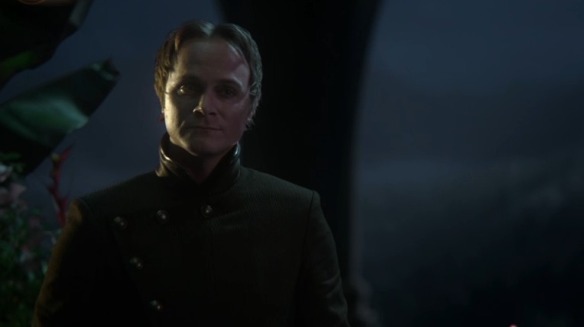 It’s also worth noting that this is the last of the episodes I’d seen before, though for whatever reason I had almost no memory of it.

The meatiest plot this time around deals with the Enchanted Forest’s past. A young Regina is desperate to find a way to bring Daniel back from the dead. At first, she seeks magical tutorship from Rumpelstiltskin, but when she learns not even magic can resurrect the dead, she turns to an even odder figure for help: Doctor Victor Frankenstein, brought to the land of magic through one of Jefferson’s portals.

In Storybrook, we see Regina making a surprisingly earnest attempt at reforming herself, and Dr. Wale — Frankenstein in truth — decides to repeat his attempt to resurrect Daniel, successfully this time. But when has trying to bring back the dead ever ended well?

I’m not sure I like the idea of bringing Dr. Frankenstein into the Once Upon a Time mythos. They’re already thrown together many disparate elements of fiction, and their whole multiverse touching the imaginations of people in our world theory explains it all quite well, but Frankenstein isn’t even close to being fantasy or a fairytale. It feels out of place.

I also don’t like that they went with the pop culture version of Frankenstein rather than being at all true to the original story. The whole point was that his creation became a monster not simply because he was a reanimated corpse, but because of the hatred and rejection that was heaped upon him from the very moment of his birth. I’m not even a particular fan of Frankenstein, but if you’re going to do something, do it right. 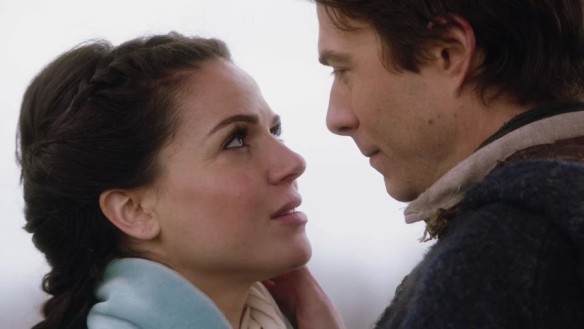 On the plus side, “The Doctor” featured another very strong performance from Regina. I really like that they seem to be working harder to present her as a nuanced person rather than a caricature of evil. More interesting that way.

Just as episodes focusing on Regina or Rumpel are always cause for celebration, an Emma-heavy episode is never a good thing. That said, this isn’t a terrible episode. Just an unremarkable one.

The timeline gets even more muddled as we flash back to Emma’s life shortly before Henry’s birth. As one would expect, it doesn’t put her in the best light. Pinocchio’s cameo was interesting, at least.

In the fantasy realm, Emma and Hook climb a beanstalk to recover a magical compass from the last of the giants in the hopes it may lead them to Storybrook. A plot focused entirely on two of the characters I least like… Yeah, not the most exciting episode in the world. 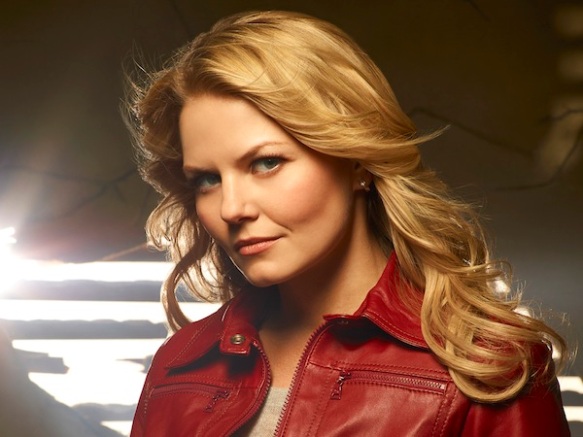 The one thing I will say is that I really liked the backstory and history about the giants, their ability to travel between worlds, and their war with Jack and his forces. That was interesting — I want to know more about that.