Because I am a cheap bastard and a terrible son all around, my only Christmas present to my father this year was a story I wrote in his honour. He’s my biggest fan, and he loves pretty much everything I write. 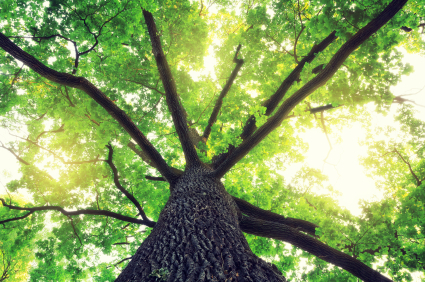 The end result is Warrior’s Rest, a story I threw together in half an hour late at night. I wouldn’t consider it my best work, but my father liked it, and that’s the important thing. In fact, he liked it enough to insist I post it on this here blog, so here we are.

The old man shuffled down what had once been a road, now just overgrown cobblestones choked by grass and weeds. Trees hung their branches overhead, swaying in a warm summer breeze.

All around, life was in full bloom. But the old man saw only death. In verdancy, he saw desolation. In growth, he saw ruin.

Once, a lifetime ago, this had been his home, a thriving village filled with the baying of hounds and the laughter of children.

He had left a long time ago. He had gone to war in search of glory. He had planned to return home with great wealth and honor, to become a respected man among his village and retire to a life of peace and plenty.

But wars dragged on, and roads stretched forward into infinity. The years had slipped by, and he had never seen his home again.

And now it was gone. Only broken cobblestones and shattered foundations remained to mark where a vibrant community had once stood. Perhaps the war had swept over it and snuffed it out, or maybe it had simply been abandoned.

The man shuffled onward, his bones aching. The wind sighed through his white hair.

He came to one particular stone foundation, moss-grown and empty. This had been his home, so long ago.

His feet dragged with every step now, but he made his way into the ruins. His joints creaking, he sat down on the mossy ground where his bed had once stood. Here he had slept and dreamed of glory on the battlefield. Here he had shared his first kiss with the neighbor’s daughter. Here, he had been happy.

He lay down and closed his eyes. He was so very, very tired.

The old man dreamed. He dreamed without form or shape; light and color, sound and feeling dancing through his mind for time uncounted.

Slowly – so very slowly – awareness returned. He felt the warmth of the sun, and the kiss of the wind. The aches of his old body were gone, and a sense of peace settled upon him. Over long stretches of time, he felt his consciousness expand, up through the air and down into the earth.

And then he felt a great joy, warm and radiant as the summer sun, as he became aware of others around him, for he recognized them. They were all the people he had once known: his mother and father, the boys he had played with as a child, and even the neighbor’s daughter.

In the years that followed, travelers began to journey through the ruins of the village on their way to other places, and often they would stop to rest beneath the boughs of a great oak tree growing in the shell of one home. The leaves would rustle above them, even when the wind was not blowing.

And they said it sounded like an old man’s laughter.

In other news, an old friend of mine from back in the bad old days at TrekUnited has just started a page on Facebook to show off her writing. Judging by her stellar opening statement, this is a page that is worth your attention.

And while you’re at it, remember that I, too, have an official presence on Facebook, where you can get regular updates on my books, blogs, and interests.