In previous posts, I’ve covered my effort to complete the first half of World of Warcraft’s new Fangs of the Father legendary daggers chain by bribing a raiding guild into letting me pickpocket Hagara in normal Dragon Soul.

The time at last came on Tuesday night, and two hours of waiting and ten thousand gold later, I had my decoder ring. The next day, I embarked on my thrilling journey to acquire my welfare epics. 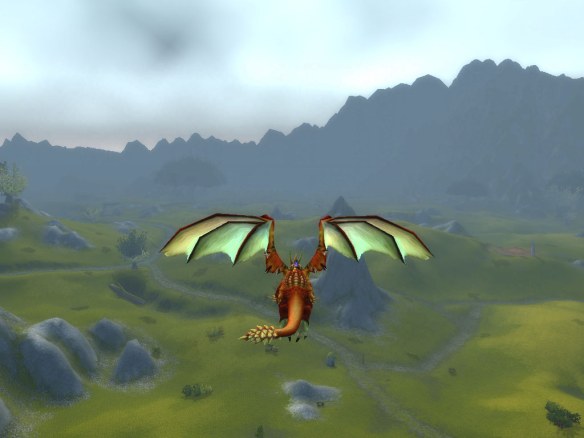 The first part of the chain was very fun, full of dragons, voice acting, infiltration, and general roguery. It seemed a bit counter-intuitive for them to make stealth much weaker for quests reliant on it, but I managed to break into Ravenholdt with little trouble. I enjoyed it a lot, and it made me wish that we might one day see the return of class quests. 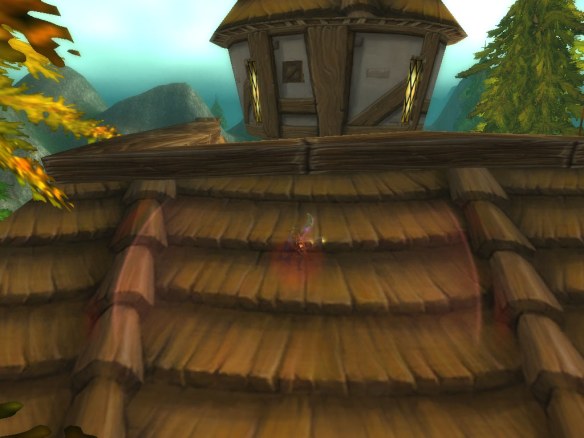 Then came the tricky part: infiltrating Gilneas to assassinate a Black Dragon in hiding. It was at this point that I learned I am a terrible, terrible rogue.

This part requires one to sneak through an army encamped in Gilneas city without being spotted even once. The legions of guards, nerfed stealth, and constant patrols would have been bad enough, but on top of that, I had to cope with stealth randomly dropping for no apparent reason, and getting caught when other rogues on the chain screwed up.

I’ve always been terrible at stealth missions in games, and I got nothing but frustration out of this one. In the end, I had to cheese it by paragliding in on my engineering cloak. All that BASE jumping I did in the Storm Peaks wasn’t a waste of time after all.

I landed perfectly on target, and proceeded to further embarrass myself by repeatedly dying to the boss I had come to assassinate. In the end, I only killed him because another rogue appeared to help finish him off at the last minute, and even then, I finished the fight with about 2% health.

(Incidentally, this entire experience was an excellent counterargument to those who claim engineering is worthless profession. I got in on my parachute cloak, I used Jeeves to repair when my gear was broken, I used MOLL-E the portable mailbox to get potions and elixirs from my paladin, and I made repeated use of my synapse springs and forcefield while fighting the boss. Useless my ass; I never would have gotten anywhere on this quest without being an engineer.)

I am not proud of the methods I used to complete this quest. As someone fond of soloing, I thought I’d ace them, but I failed miserably.

However, I did nonetheless manage to drag myself across the finish line of the non-raid portion of the chain, and receive my daggers. While not legendary, they are incredibly good and easily equal to or better than just about anything I could get outside of heroic mode raiding, which I have zero interest in.

I also got to meet the new character, Wrathion, and experience much of the chain’s story. As a lore fan, that was my primary motivation anyway. Wrathion’s an interestingly ambiguous character, and I hope we see more of him going forward. Also, his clothes are incredibly stylish. Why can’t players look this good?

And while loot and DPS numbers are not my main reasons for playing this game, I can’t say it didn’t please me to top the DPS charts in a 25 man Raid Finder group. It was a bad group, but averaging 24K on trash and hitting 33K on a boss are still nothing to sneeze at.

I really should have gotten a screenshot of that… *Smacks head.* Feel free to follow the ancient law of “pictures or it didn’t happen” and assume I’m lying about this.