As regular readers know, I love The Secret World. It’s my favourite game at the moment, and in my opinion, one of the best games of all time. It may have its flaws, but it’s probably about as close to perfect as I can ever reasonably expect to see. 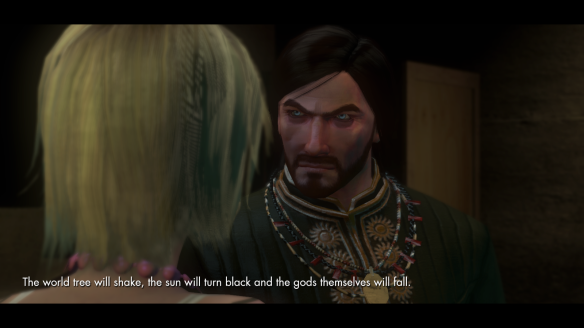 But this week has pushed my love for the game to its limit. In the space of three days, we’ve gotten a tidal of bad news, bad decisions, and poor behaviour, and for the first time ever, I feel an echo of doubt over whether my support for this game has been deserved.

This week, game director Joel Bylos dropped the bombshell that he has been transferred away from The Secret World, and from the sounds of it, he will not be replaced.

TSW has been hemorrhaging staff since launch, and just when the bleeding seems to have stopped, we hear of more losses. It wasn’t so long ago they let the much-beloved developer known only as Quokka go, and his absence is still felt keenly by the community.

But losing Joel is the worst news yet. Joel is The Secret World. He has spent years working tirelessly on the game, and he’s always been a bright spot in the community. He has a level of honesty, engagement, and humour that is unmatched in the gaming industry. He also provided much of the creative talent for the game, writing some of the most beloved characters, lore, and missions.

It’s very hard to imagine the game having much of a future without Joel, and even if it does, it’s even harder to think it will maintain the same high quality. They’re already enacting sweeping and largely unnecessary difficulty nerfs (more on that in a moment), and Joel’s departure makes me worry this is just the first step towards a major change in direction for the game, and not necessarily for the better. 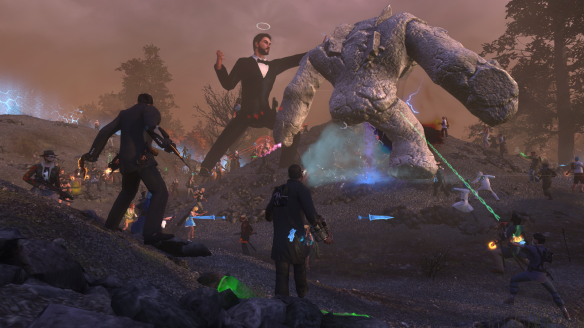 Joel is supposedly moving on to a new project within Funcom, but one has to wonder how many more games than can handle. They’re struggling to keep their current roster afloat, and the recently launched LEGO game seems to be under-performing. Is spreading themselves even thinner really wise?

To make matters worse, the most recent financial report shows TSW as the best-performing game in Funcom’s roster. Why would they divert resources from it to take a chance on yet another new project?

I have a lot of respect for the developers of TSW, but the upper management at Funcom just doesn’t seem to know what they’re doing. Add to this the Mankini Incident, and it’s difficult to have any faith in Funcom management.

And they’re not the only ones wearing clown shoes.

I had a big rant written here, but it seemed like airing my dirty laundry in public, and that doesn’t feel right. I don’t want to say, though, that I have really lost faith in TSW’s community and those who manage it. 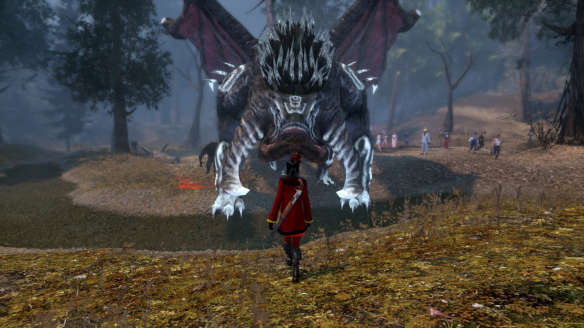 And I am not only saying that because I’ve gotten into some disagreements. I’m a pretty ornery and unpleasant person, so that’s only natural, but I’ve seen people far nicer than me — who are true and ardent supporters of the game — be given some truly shabby treatment.

Funcom’s community team doesn’t seem to value the game’s fans, and for a game this small, that’s dangerously reckless.

To the ground, baby!

Today saw the launch of TSW’s ominously titled “Enhanced Player Experience.” This was their attempt to make the game more approachable for new players. It’s a noble goal, but a lot of the methods they’ve chosen to attain are likely to do more harm than good.

Going in, we were told this was an attempt to smooth the difficulty curve. The jumps in difficulty between zones — which in my experience have always been greatly exaggerated — would be smoothed out. Pretty unnecessary, but probably not too harmful in the long run.

But that’s not at all what ended up happening. Instead, the “Enhanced Player Experience” is an across the board nerf to everything before Tokyo. 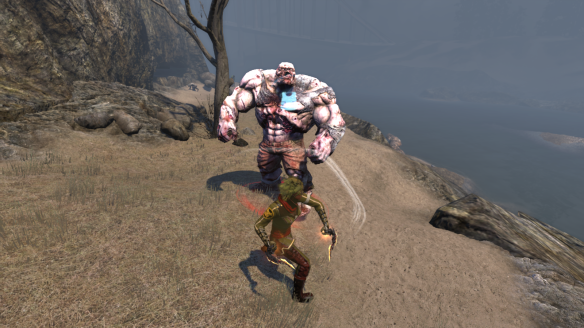 This is a classic case of throwing the baby out with the bathwater. I’ll be the first to admit TSW was far too intimidating for the average player, but that’s because it’s a complicated game with very poor tutorials. The problem was never the difficulty; the problem was the game didn’t teach people how to play.

And to Funcom’s credit, they did improve the tutorials a lot, and that’s a good thing. But it also means the massive difficulty nerfs were utterly unnecessary. The game isn’t unreasonably hard if you know what you’re doing.

TSW needs a certain degree of challenge to be interesting. It’s a horror game, after all. If mobs aren’t scary, then it loses much of its ambiance, its fear factor, and its soul.

What’s worst about all this is that most of the game’s nightmare missions — especially in the Besieged Farmlands, which was a beloved place for endgamers to farm — have been downgraded to normal missions.

For solo players, nightmare missions were a cornerstone of the endgame. That endgame has now been gutted. TSW was one of the few MMOs offering a meaningful endgame and options for progression to people who quest, but now our options on that front have shrunk dramatically. From the sounds of things Tokyo and scenarios are now pretty much the only relevant content for solo players. 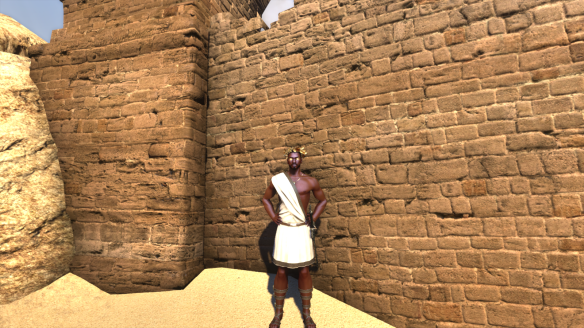 The really bizarre thing is that several ability tweaks also included in this patch have indirectly made Tokyo significantly harder, which seems rather at odds with their goals as of late. Seems like instead of preventing players from hitting the wall, they just delayed the point at which they hit the wall, and made that wall much harder.

There are some good things in this patch. They’ve added a normalized fast travel system, which is way overdue and extremely welcome. They’ve made Tokyo much easier to access, and players can now enter the zone without buying issue nine. The improved tutorials and starter decks are obviously a positive. I’ve heard tell there’s some new clothing, and that’s always welcome.

But are those enough to compensate for all the game has lost from this “Enhanced Player Experience”? It’s too early to say for sure, but it definitely doesn’t look that way right now.

TSW and its developers have built up a tremendous amount of goodwill with me over the years, and it will take a lot to burn through it all, but the events of the past week have certainly taken a heavy toll on it, especially since much of that goodwill was invested in Joel.