A few days ago, I did a big post summarizing the state of The Secret World’s Tokyo zone six months after its launch. But fate likes to mock me, because Funcom wasn’t done making big changes to Tokyo. Shortly after I published that post, they published sweeping changes intended to retune the difficulty of Tokyo and make it more approachable for the average player.

Virtually every enemy in Tokyo has now received an across the board nerf of approximately 10%. That is, 10% less damage, health, and shields. In addition to that, many quests now award low level AE capacitors and AEGIS modules, and the sequin cost of AEGIS upgrade kits has been massively reduced.

Despite all the wailing and gnashing on teeth on the forums about “easy mode,” I haven’t found this change to make an enormous difference. It’s noticeable, but it’s not a “to the ground” situation. Things that were challenging before are still challenging — just slightly less so — and things that were easy before are still easy — just slightly more so.

I think what ultimately might be more meaningful is that you can now get a full set of AEGIS gear without trading with other players or grinding until your eyes bleed. This erases my last major complaint about AEGIS, and it should make things a lot less painful for players just entering the zone. A full set of AE capacitors makes a big difference.

Naturally, these changes are quite controversial — according to the MMO community, nothing is ever hard, and any nerf is a grave injustice — but for my part, I think these are positive changes. 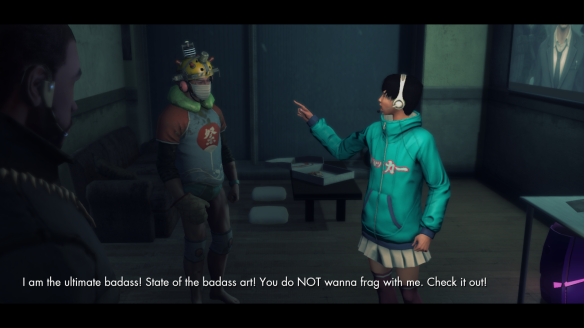 I wasn’t really struggling in Tokyo myself, but I’m over-geared, and I have one of the better solo builds around. And even then, it was still a challenge for me. It seems to me the intended audience for Tokyo — newish players fresh from Transylvania in a motley of greens, blues, and issue purples — would get wrecked pretty hard. Even after the nerf, they’re probably still in for a bit of bumpy ride to start.

For me, the biggest positive of the change is that I’m actually enjoying exploring Tokyo now. Before, the fights were too long and brutal for me to want to do much beyond my mission objectives. Now I’m looking into every nook and cranny for lore and missed item missions, as I did in the past zones. It’s given me a much greater appreciation for the care and craftsmanship that went into Tokyo.

In other news, I’m certifiably insane.

Most would agree there is very little use for alts in TSW. You can gain every ability and experience the overwhelming majority of content on a single character. If you’re a hopeless completionist or story-hound, you might want to create one character for each of the three factions to experience their storylines. 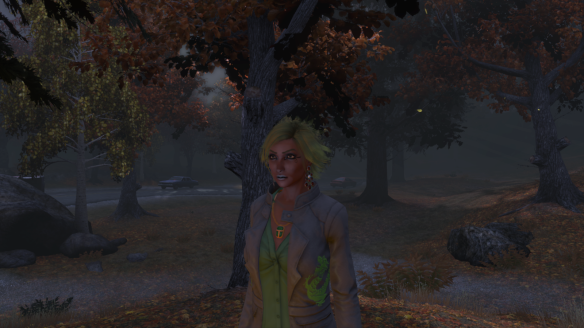 I now have a fourth character, and I am therefore completely insane.

But what I can say? I love the Dragon. They’re a constantly unfolding riddle, an eternal challenge to your own expectations. They’re endlessly fascinating, and it had been a very long time since I played through their faction content, so I wanted to experience it all again.

Plus, like many altoholics, I think I’m just addicted to that “new character smell.” There’s always a certain thrill to creating a new character and thinking of all the epic adventures that lie ahead, even if it’s all stuff you’ve seen before.

Of course, being me, I spent the first several hours of the new Dragon’s life combing through Pangaea and the cash shop to put together a variety of different outfits for her. I partially modeled her appearance after Nilin from Remember Me, so I did my best to put together a cosplay of that character.

For the most part, though, I’m going to stick with a Dragon-themed outfit I put together that I think is quite stylish.

I’m planning to use fist weapons as her main weapon. I don’t regret switching to blades on my main, but I still have a soft spot for fists, so I’m giving them another go and hoping to stick with them this time. I really enjoy the animations for fist abilities; they have a great feral intensity to them.

For my second weapon, I waffled between chaos and elemental magic. Right now, I’m trying elemental, but I may change my mind later. I picked it because it looks cooler than chaos, I like combining ranged and melee, and I’d never heard of anyone going fist/elemental. I don’t think it’s really that crazy of a combination — I’m actually rather surprised I don’t see people using it — but it’s uncommon enough to make me feel pleasantly hipsterish.

I’m not sure what my long term plan is for the character. I’d like to play through the launch story, but I might move on after that. I’m already splitting my endgame attention between my original Dragon and my Templar. I don’t really need a third character running around Tokyo.

But for now, I’m enjoying playing through everything again.