I think World of Warcraft has finally been dethroned as my go-to game. I’ll never abandon it entirely, but for the time being, I plan to make it something I only pick up once in a while. So that has left me to wander the digital wilds without a true home, bouncing between games with a greater level of schizophrenia than ever before.

I’ve been working through my backlog of single-player games on Steam. I’ve also been trying some new (to me) MMOs, but those adventures will form the basis of several articles for WhatMMO, and I don’t want to spoil them, so I’ll just say this for now: Spandex is involved.

The remainder of my time goes to hopping between Neverwinter and The Secret World.

I still have really weirdly mixed feelings on Neverwinter. I’d say it’s a love/hate relationship, but both of these feelings are far stronger than this game deserves. I’d say it’s more like enjoyment/irritation, at best.

It’s still a game I enjoy playing. My endgame has thus far mostly consisted of PvP and Foundry quests, and I’ve been having plenty of fun with both.

Well, the PvP has been a bit rocky lately. I’ve discovered there is little to no penalty to for leaving a match in progress, so a lot of people ragequit the moment something goes wrong. This invariably ends any chance of fun in a match, regardless of whose team they were on, because teams are small enough that a loss of even one person guarantees failure for that team.

But the more evenly matched fights are still very entertaining. The PvP matches in Neverwinter can be nail-bitingly close at times.

And the Foundry’s still a lot fun. I recently finished a very well-put together campaign (Lands of Mirent Tusk, I believe) with an epic storyline culminating in this creatively surreal vertical labyrinth. Still impressed by how the fan-made stuff often beats the professional content.

I did give one of the professional campaigns a go. It’s all right as daily grinds go, but the rewards didn’t seem worth the effort, so I lost interest.

The issue I’m running into is that I feel quite directionless. Thanks to my exploits in PvP, I have all the gear I could possibly need. I don’t have any goals to work towards.

There are plenty of other options for alternate progression: level companions, collect mounts or improve the one I have, track down cosmetic gear, etc..

But all of these things require massive sums of astral diamonds, and the grind is simply brutal. It’s not even the kind of grind you can just knuckle down and burn through because the acquisition rate is heavily gated. My progress to even the cheapest of rewards is so glacially slow as to feel almost nonexistent.

I’ve taken to spending all my gold on mounts to auction, and even that is hardly making a difference.

I’m not a very progression-minded player, but even I need goals to work towards, and there just don’t seem to be any that are reasonably attainable in Neverwinter — not without dumping a boatload of cash, anyway.

While I’m on the subject of Neverwinter, I should mention that I’m still seeking reviewers for my Foundry quest, Birth of a God. I’d like to see it make its way out of the “for review” section, so if any Neverwinter players reading this would like to give it a go, I’d be appreciative.

The code for the quest is NW-DOAU7PRQS, and the author should be listed as @Dorotaya. Here’s the description: 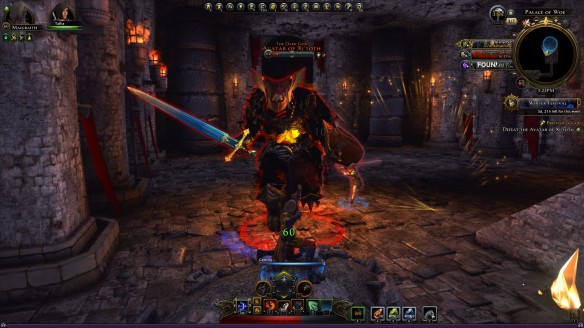 The Neverwinter Guard has received a plea for help from an unusual source — the Nasher rebels. A Nasher agent recently turned himself in, asking for protection. He claimed his gang had contracted the aid of a coven of dark wizards, but that those wizard had soon begun brainwashing his fellow rebels — or worse. Shortly thereafter, the Nasher was found dead in his cell, with mysterious runes carved into his flesh.

Because of your strong record and unique skillset, the Guard has contracted you to investigate this matter. The Nashers are bad, but the rise of a new cult of dark mages within the city would be much worse.

Content: Heavy action, some story, simple puzzles.
Genre: Action/dungeon crawl/horror.
Difficulty: Moderately challenging for soloists. Easy for groups.
Exploration: Mostly a linear quest, but those who go off the main path will find it rewarding.

Like most people in The Secret World, I’m in a bit of a holding pattern until Tokyo releases. I must admit to getting a bit impatient. I understand they’re working as hard as they can, but still, we’ve been waiting for Tokyo since the game launched. We wants it!

I did get a little bored and wander away from the game a bit. I’m running low on things to do on my high level characters, and my Illuminati had been in mothballs since shortly after creating him, barring a brief excursion to help a fellow blogger learn the game — which actually turned out to be pretty fun. 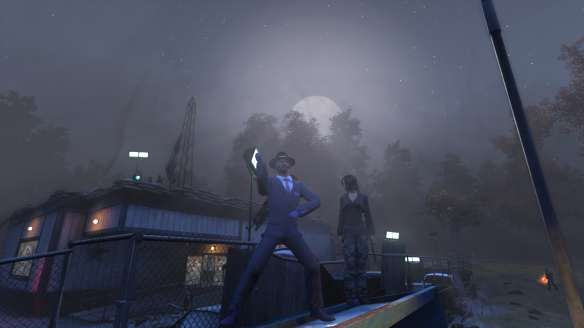 But I’ve gotten back into playing him over the last few days, and I’ve been enjoying it a fair bit.

I’m getting used to Kirsten Geary’s mission reports. I still say she’s an overrated character, but she does have her moments, and she’s definitely more interesting than Sonnac.* It’s just a bit hard to swallow her boundlessly acerbic personality — even when she’s complimenting me, I can’t escape the feeling she’s just being patronizing.

I’ve just started on the Savage Coast, and that’s where the game always seems to get really interesting. I’m looking forward to reaching Innsmouth Academy. Partly because it’s probably the single greatest area in the game, and partly because I’m curious to see it through the lens of the Illuminati. They built the place, after all.

I’m not sure if it’s practice, the fact that I no longer suffer crippling lag, or that assault rifle really is that good of a weapon, but leveling seems positively breezy this time around. I’m cruising through almost effortlessly. Even the ak’ab only killed me once.

I hate those bastards. Especially the little ones. Being attacked by them is like drowning, except instead of water, it’s demonic cockroach-moths.

…Maybe I shouldn’t make similes in the middle of the night.

At any rate, my Illuminati’s adventures should be enough to keep me interested until Tokyo arrives. When I’m not wandering around other games, anyway.

3 thoughts on “TSW and Neverwinter: Life As a Digital Nomad”