Update: I’ve now followed this post up with another detailing the specifics of my soloing builds.

I came to an odd realization in regards to soloing in The Secret World recently: I’m actually pretty good at it. I’m sure there are better players than I, but I’ve yet to hit any proverbial walls in my soloing — not even in Blue Mountain, which is kind of infamous — and I’ve proven myself able to solo anything up to and including nightmare missions with relatively little difficulty.

As TSW can be a fairly intimidating game for the soloist, I thought I would offer some of the more useful things I’ve learned from my travels through the dark days. This won’t be a complete guide, but it should help you get started if you’re having trouble surviving the solo content in The Secret World.

To start with, the ideal solo strategy in TSW is more or less the same as in any other MMO. You want to be a DPS and contribute as much of your build and gear towards damage as possible without being such a glass cannon that you die the moment an enemy looks at you.

However, since TSW is much harder than your average Warcraft clone, you do need to put more effort towards survivability than you would in other games.

My personal preference is to use roughly two to three survival passives and the same number of survival actives. The rest of the build goes towards pure damage. I would recommend unlocking more survival skills, though, so you can swap them in on the fly for more difficult enemies. If you’re soloing a nightmare mission, you’ll probably want more survival skills.

Pretty much any weapon pairing can solo effectively, though some are definitely better than others. The key thing to remember is that most passive skills are weapon agnostic, meaning you can make good use of, say, sword passives even if you’ve never touched a sword in your life.

Choice of passive skills is probably the most important thing in TSW.

If you’re not sure what kind of build to go for, use the decks in the ability wheel as a guide. Decks are not optimal builds and should not be followed slavishly, but they do give you a good idea of what weapon pairings and synergies you can create.

Remember, also, that there is no “one build to rule them all.” No matter what, you will inevitably find yourself in a position where your build isn’t particularly good, and you will need to adapt. The ability to change builds on the fly is awesome, so learn to love it.

If all else fails, ask for help in general chat or on the official forum. TSW tends to have a fairly helpful community relative to other MMOs. 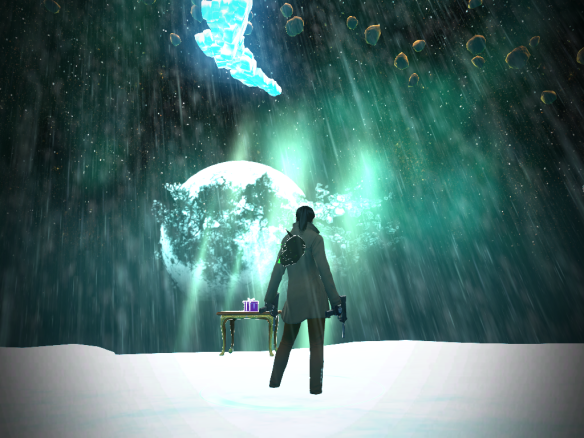 Use a tank weapon:

You can survive without wielding at least one of the tank weapons — sword, chaos, and hammer — but they are incredibly useful for the soloist. There are two main reasons for this.

One is survival. While most survival passives work with any build, survival actives tend to be tied to the tank weapons.

The second is Breakdown. Breakdown is a chaos passive that can be unlocked fairly early on regardless of build. It causes all attacks from tank weapons to apply the exposed effect, which increases damage dealt to enemies by 3% and stacks up to ten times for a total of 30%.

Suffice it to say, Breakdown is awesome. It’s extremely rare to find any passive that increases your damage so much, and rarer still for it to not be an elite skill.

Exposed also sets the weakened state, so it can form a good basis for a build that focuses on exploiting weakened.

Note that using a tank weapon doesn’t mean speccing as a tank. I still recommend building yourself primarily as a DPS. Your skill points should go into the damage line of your weapon, not its survival line — though a few points in survival to unlock its passive can’t hurt.

There are a variety of different survival passives one can take, but my personal preference is for ones that provide a heal over time effect. For one thing, they keep ticking after combat ends, so they decrease TSW’s already minimal downtime.

For another, I find healing like Wolverine to be more fun than simply being tanky.

Even if you don’t intend to rely on HoTs in the long term, I’d recommend leaning on them early on, because the two easiest to unlock survival passives in the game are both HoTs.

The first is a fist passive called Lick Your Wounds. It causes all of your attacks to apply a stacking HoT. The healing is a bit anemic, but its reliability makes it worthwhile. It only costs 1 AP to unlock and has no prerequisites, so you can unlock it almost immediately after character creation regardless of build. 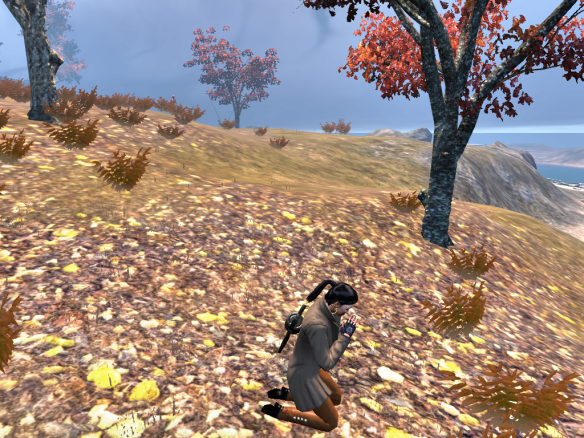 The other is Immortal Spirit, from the sword ring. Like LYW, it has no prerequisites. It heals for more than LYW and is thus my preference, but it does have the disadvantage of only proccing from attacks that penetrate.

To support my HoTs, I equip one minor talisman with heal rating. Some people say you should have more, but I don’t want to limit my damage too much.

While neither a HoT nor a passive, I should mention Turn the Tables. TtT is an active skill from the green miscellaneous ring at the top of the ability wheel that essentially functions as an unlimited health potion on a short cooldown. It doesn’t scale based on heal rating or anything else, so it works with any build.

If anything can be said to be a mandatory soloing skill in TSW, Turn the Tables would be it.

Finally, in regards to maximizing your damage, the best advice is to look for synergy. Pick a certain effect or type of attack and focus as many of your abilities around it as possible. 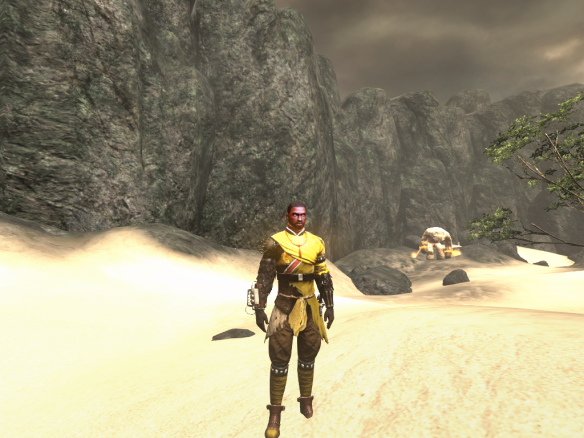 For example, my Dragon focuses on affliction and penetration effects. My Templar (who has gone back to pistols/swords) took Finish the Movement, which doubles resource generation from focus skills, so most of her passives boost focus and finisher damage.

Once you find something to base your build on, use the search function on the ability wheel to find all the abilities that enhance it. For example, search “strike” to bring up a list of strike abilities and abilities that buff strikes.

Edward Cullen is crying in a corner somewhere:

But enough dry discussions of game mechanics. I’d like to briefly discuss my current adventures in The Secret World.

I recently discovered that the story missions between regions are faction-specific, meaning I wouldn’t come up against that blasted jumping puzzle on my Templar.

As the bees would say, INITIATE – the power-leveling.

With WoW distracting me, it took some doing, but I finally completed Egypt again. Instead of the jumping puzzle, I got an incredibly creepy investigation mission set in an Orochi lab that had been experimenting on children.

After fumbling through that, it was on to Transylvania.

I’ve only just started in the region, but I like it so far. I enjoy TSW’s take on vampires, if only because they’re about as far from Twilight as you can possibly get. They’re ugly brutes akin to rapid dogs, their bloodlust barely held in check by their elders.

They’re also striking a nice balance between traditional vampire mythology and the modern setting. I mean, armies of vampires driving giant siege tanks cobbled together from discarded Soviet equipment. Hells to the yes.

Also Cernunnos getting drunk and sweet-talking the barmaids. And Marxist gnomes. And satyrs and fairies and bombed-out Soviet bunkers.

I love this game.

I’ve also been learning to appreciate my Templar character a bit more as well. I changed her hair to better reflect her dark backstory, and I just completed the Paladin deck, so she’s got a snazzy new outfit. For all my other complaints about the Templars, they are masters of fashion.

I still miss Bong Cha, though. Sonnac’s sense of humour is excruciating.

4 thoughts on “The Secret World: Solo Tips and Ugly Vampires”