This week saw the long-awaited release of the Age of Empires Definitive Edition, a full HD remaster of one of the greatest classics of the real-time strategy genre. Age of Empires was one of the defining games of my childhood, so of course I jumped in immediately. 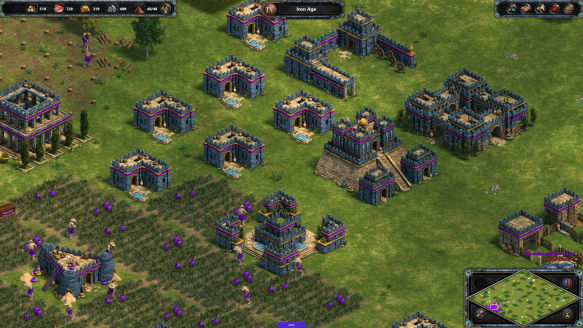 It’s a solid remake. Graphically, it’s a huge improvement. It may not exactly look top of the line, but it does look pretty damn good.

Unlike Blizzard’s bitterly disappointing StarCraft remaster, AoE:DE also polishes the clunkier aspects of the old game, as well. Attack-move is now an option, as are unit queues and an idle villager button.

The enemy AI seems slightly improved, too, though it can be a bit wonky at times. For the most part, it’s surprisingly smart and challenging — I’ve even seen the computer stutter-step ranged units — but it does have some hiccups. Enemy units have a tendency to freeze and wait to die when confronted with a wall.

To be honest, I would have liked a few more tweaks. The ability to re-seed farms automatically would have been nice, and unit pathing still leaves much to be desired. Still, I recognize it’s a difficult balance to strike. You don’t want to change too much.

Beyond those small changes, this is Age of Empires. If you played in the 90s, you’ll still recognize this as the game you know and love. All the civilizations, every campaign mission, every unit, every song on the soundtrack… it’s all there, almost exactly as you remember it. 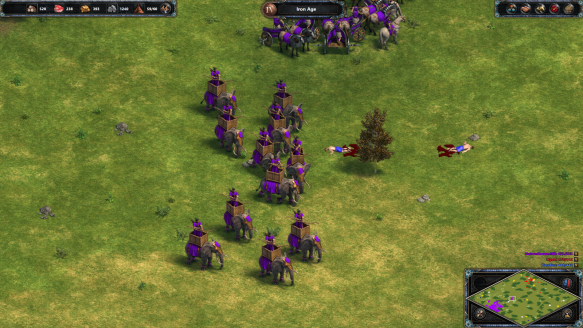 Oh, my beloved elephant archers. How I missed you.

I feel kind of bad saying anything negative about the Definitive Edition, because it’s pretty much everything that a video game remaster should be, but I must admit it hasn’t stoked my passion as much as I expected it to.

Maybe it’s that I’m having a busy period in my life right now and can’t focus on video games as well as usual, but I think maybe it’s just hard to get too excited about what is still fundamentally a twenty year old game I’ve already sunk dozens — if not hundreds — of hours into.

Well, if nothing else, I got a few hours of fun out of it, and I don’t regret buying it. If anything I’d recommend it, especially if you never played AoE back in the day. Quality RTS games really need to be supported these days.