It is well-known that I enjoy playing multiple different games from day to day. I bore easily, and there’s just too many good games these days to limit yourself to one at a time.

But over the last few months, I think I may have bit off more than I can chew. I’ve been juggling so many games it’s starting to give me a headache just trying to find time for them all (first world problems). It’s at the point now where I fear something has to give.

I thought I’d run down the games I’ve been playing (or trying to play) over the last few weeks, and what concessions I’m willing to make to lessen the load.

I’m still chugging along in SW:TOR. The “new game smell” has started to wear off a bit, but on the whole I’m still enjoying myself. I’ve nearly finished the agent storyline, and I continue to putter around with my various alts, mainly my sage and assassin.

I do think this game will be a long-term — though not necessarily permanent — investment, but I’m little unsure how to proceed for the immediate future. I plan to play through the various expansions, but I’m not in a rush to. This is an older game with a lot of content, and I intend to take my time working through it all. I had considered focusing on alts to see more of the launch story before moving on to expansions, but I’m not sure. 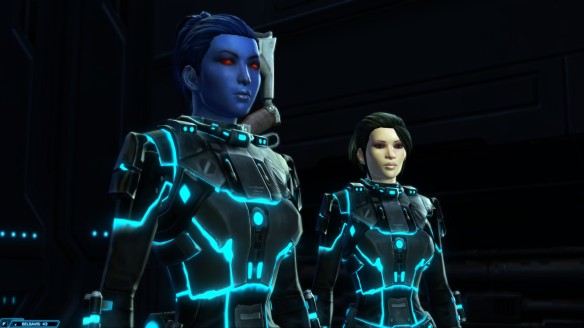 Raids are also a stumbling block. I don’t plan to make raiding a major activity in SW:TOR, but I’d at least like to do them once for the story. Non-subscribers can’t access raids at all, as far as I know. That’s vexing.

I’m in an odd spot with TSW right now. I’m extremely happy with the state of the game, but after three years and ~700 hours, there isn’t a whole lot left for me to do. My Dragon and Templar have finished Tokyo and are well-geared. My Illuminati is moth-balled indefinitely. I do mean to continue leveling my other Dragon at some point, but I’m no rush.

I try to do my daily dungeon run when I can, but I’m often distracted by other things. I still need to do the new Tokyo dungeons at some point.

A lot of people are very excited by the new subscriber perks, but I was fine with the old system, and the new cosmetics aren’t really to my taste. I have nothing against the new system, but it doesn’t do much for me — though the bonus bullion is nice, I grant.

So TSW isn’t doing a whole lot to crowd my gaming plate, though I wouldn’t mind spending a bit more time with it if I could find the time. It remains my favourite game of the modern era.

And since I haven’t evangelized it in a while, I will once again encourage all and sundry to try this game. It’s the perfect marriage of the best of both single-player and MMO elements, equally enjoyable solo or with others, and it features some of the best-storytelling and most inventive gameplay in gaming history.

Edit: I have just learned that Funcom has discontinued the buddy key system. There is currently no way to try The Secret World for free. That… sucks.

I had intended to play a lot more WoW this month. Don’t want to waste subscription time, even if I paid with gold and not real money.

But once I got my moose, I pretty much stopped logging in but to kill Kazzak once a week on my two max level characters and do my daily garrison chores.

I keep saying I need to put at least some effort into leveling my monk. I do want her ready for Legion. But I didn’t particularly enjoy Draenor the first time, let alone the third time, and with so much else tempting me on the gaming front, WoW keeps getting passed over.

Sooner or later I’ll need to get back to it earnest. I want my monk ready for Legion. There’s the pre-launch event. And the expansion itself, though I still haven’t decided if I want to buy it at launch or wait a while.

Heroes of the Storm

Rationally, Heroes of the Storm would be the best choice for me to abandon. It takes up a lot of time while offering none of the features that usually attract me to games — no story, no artistry. It’s just a mindless slaughterfest.

And I admit I don’t have the best headspace for competitive gaming. I don’t cope well with defeat, especially if I’m already in a bad mood from my real life (which is usually the case). At least I don’t take it out on the other players as so many do.

Yet I do not wish to stop. For all its frustrations, winning is a thrill. Just in the last few days I’ve had some incredibly exhilarating, highlight-reel worthy plays. An hour or so before writing this, I watched my team’s Falstad fly into a bush, watch the enemy team kill the boss mercenary, and then use his gust ultimate to push them all out of the way at the perfect moment, allowing he and I to capture the boss right out from under the enemy team.

Nothing beats the adrenaline rush of stuff like that.

And the constant stream of new heroes and content makes it a game that always feels fresh.

So perhaps I should give up Heroes, or at least put it far on the back burner, but I don’t think I’ll do either of those things.

Also, as a reminder, I’m still looking for people to recruit via my referral link if anyone wants to try it. I might even give some coaching or newbie tips if you’d like some.

And there’s Elder Scrolls Online, a game I have been slowly plugging away at for months now. Thanks its glacial pacing, I’m still nowhere near level cap.

As much as it pains me to say it, I think this is the game I’m going to leave by the wayside to stop my head from exploding. Not because it’s a bad game — it’s a pretty good game — but of all the games I’ve been trying to juggle, it grabs me the least. It may offer little cause for complaint, but there’s also little about it that truly impresses me and makes me go, “Wow.”

I had thought of at least playing long enough to finish the main story and wrap up the Aldmeri Dominion storylines — I have grown rather fond of Raz and Ayrenn — but with how slow this game is, that could still take me many weeks.

Maybe I’ll be back at some point. I certainly won’t rule it out. But even if I’m not, I definitely got my money’s worth.

I got as far as the end of Greenshade, and I know one of my readers was curious what I’d think of that zone, so I’ll just cover my thoughts on it briefly.

Greenshade was decent — possibly my favourite zone to date, though definitely not by much. I really liked the early bits with the Wilderking. It was the first time I’ve seen ESO cast off its low fantasy shackles and make me feel like I’ve truly come to a world of magic and mystery.

But that was also over far too quickly. And that’s the problem with Greenshade. It has, like, three different storylines that are only loosely connected, and none of them really get enough time to be fleshed out as they deserve. On the whole it’s still a solid zone, but I definitely wouldn’t rate it as anything special in the greater scheme of game stories. It maintains ESO’s standard quality level when it comes to storytelling: okay, not great.

And that’s just what I’ve been able to find time for. There’s other things I’d like to play but can’t find the time for, and even putting ESO aside, I’m not sure how much I’ll be able to get to in the immediate future.

I still have a few unplayed games sitting around in my Steam library. Particularly I still haven’t gotten around to loading up the remastered Age of Mythology, and now that they’ve put out a new expansion (seriously), I really need to make time for that. 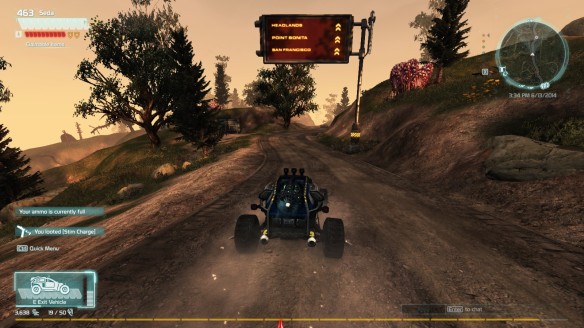 I’ve also been meaning to get back to Defiance for what must be around a year now. Now that the show’s gone, I would like to experience what the game has to offer while I still can. Though at the same time part of me wonders if it’s even worth investing in the game now.

Part of me would like to get back to Star Trek: Online at some point. It’s a very rough game, but I was enjoying the Romulan story. It might be worth another shot someday.

Then there are co-op missions in StarCraft. Wish I had a regular partner for those, but even without one, they’re decent fun, and I’d probably do more of if I had the time. Plus I want to play through Legacy of the Void on brutal and get some more achievements at some point. And there’s the upcoming Nova DLC.

Then there’s Diablo III, the (perhaps faint) hope of an Overwatch beta invite, and sometimes I have to try new games for work.

Really the list is just endless. Going forward, I’ll have to make more careful choices about what games to play. Go less mad on Steam sales.

You know, I always thought Syp over at Bio Break was a bit mad for his strict game rotations and schedules and the like, but these days I’m starting to see the method to his madness.

2 thoughts on “Many Games, Handle Them”