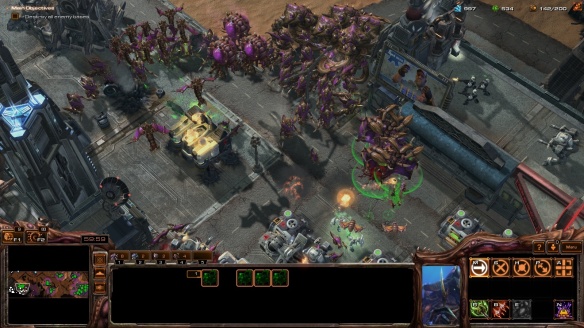 All right, let’s back up a minute. I should give some context here.

First of all, I’m only talking about the campaign, and specifically its story. Brood War helped give birth to the modern world of eSports, so obviously the multiplayer aspect was great.

I just finished playing through the Mass Recall mod that recreates the original StarCraft campaigns in SC2. I did encounter a few more bugs as I made my way through, but nothing game-breaking, and I stand by my original comments on Mass Recall: It’s great, and you should play it.

This was the first time I’d played through the Brood War campaign since I was a kid. I didn’t remember much about it beyond the broad strokes, and I hadn’t even played it that much back then due to the high difficulty and my gaming skills (or lack thereof) at the time. So I had little to no nostalgia surrounding Brood War, and it was almost like I had never played it before.

And as I played through it, it became clear to me: This is not a good story.

Of course, many StarCraft fans see Brood War as the pinnacle of video game story-telling, a brilliantly tragic story of intrigue and ruthless politics.

There is no intrigue in Brood War. It’s just a case of Kerrigan lying to everyone and having them all believe her because… the writers said so, I guess. It’s not like Kerrigan’s even a particularly good liar — her plots are incredibly transparent, and become more so with every passing mission. But the entire cast still swallows every word she says like it’s gospel.

I could maybe buy the Protoss being dumb enough to fall for her lies once — maybe — but they just keep making the same mistake over and over again. Aldaris outright told Zeratul that she was controlling Raszagal, and then Kerrigan proved it more thoroughly by murdering Aldaris for telling her secret.

And Zeratul does absolutely nothing. He continues doing everything Raszagal says and is utterly shocked when Kerrigan finally reveals the truth.

And for that matter, if Kerrigan had control of Raszagal all along, why did she have to invade Shakuras and take her hostage?

A carrier could arrive through the plot holes in this game.

It makes no sense to me, either, that Fenix would choose to go along with Kerrigan after she betrayed the Protoss on Shakuras. If the UED can have perfect knowledge of everything that’s happening in the Koprulu Sector despite having no presence there whatsoever (How does that work, anyway?), surely Zeratul could have sent Fenix a message to say, “Yeah, Kerrigan isn’t very trustworthy. Don’t listen to her.”

I don’t even buy the idea that they needed to side with her to defeat the UED. I don’t see the UED as all that big of a threat. At worst, they’re just another Terran dictatorship. Even with the Overmind under their control, they’re not all that much worse than Mengsk.

The only thing that might have justified everyone’s terror of the UED is if they were planning to do some kind of Nazi-esque purge of all those they deemed impure, but that was never mentioned in-game, and it wouldn’t make sense anyway because Brood War also retconned the entire identity of the UED by including ghosts and psychics in their ranks, when the whole concept of their culture was that they rejected all “impure” humans, including telepaths. That’s how Terrans wound up in the Koprulu Sector to begin with.

Either way, Kerrigan is obviously a greater threat than the UED could ever be. If anything, people should have been making “enemy of my enemy” alliances with the UED against Kerrigan, not the other way around.

Speaking of the UED, Dugalle has got to be one of the best examples of how bad the writing in Brood War was. The dude’s so over the map he almost comes across as schizophrenic. 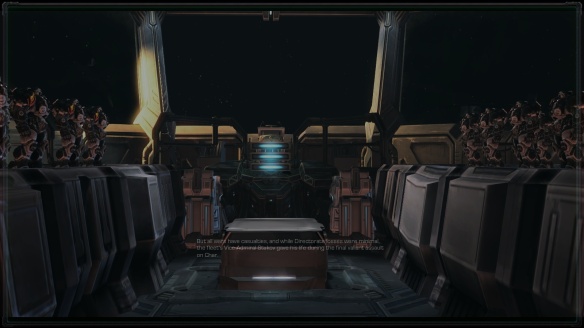 At the beginning of the campaign, he goes on a rant about he can never trust Duran because he’s a traitor, but then the rest of the UED campaign up until Duran’s betrayal essentially consists of Duran saying “Jump” and Dugalle asking, “How high?”

Dugalle inexplicably even sides with Duran against his lifelong friend Stukov, despite the obvious evidence of Duran’s betrayal. He murders his best friend just because Duran said so.

As an aside, Stukov is perhaps the only character in the entire campaign who acts like a mentally sound adult, and he’s one of the few saving graces of Brood War. I am now reminded why he is a fan favourite.

Ultimately, Brood War feels incredibly pointless, as well. Almost nothing actually happens — that is, the state of the Koprulu Sector is little changed by the end. Kerrigan takes over the Swarm, and the Protoss settle Shakuras. That’s about it. The UED got roflstomped, so they end up as nothing but a strange footnote in StarCraft lore.

The only other lasting impact is the deaths of what feels like half the game’s cast, and this is perhaps the worst part of Brood War. If not for all the deaths, Brood War could be written off as a bizarre but forgettable tangent, but we lost a lot great characters.

Duke was a bastard who got what was coming to him, but Fenix and Aldaris are dearly missed. Looking at him through mature eyes, I’ve come to realize Aldaris was actually one of the game’s most interesting characters, and everybody loved Fenix.

They didn’t even get good or heroic deaths. They were just shanked like prison snitches and left to rot.

The only goal Brood War seems to have had as a story was to build Kerrigan up as a terrifying villain that the players will truly hate, but even there, it fails. The ten year wait for Kerrigan’s reckoning robbed Brood War of any emotional payoff, leaving it as a pointlessly bleak and ultimately depressing game.

It also fails because it doesn’t make Kerrigan seem frightening at all. All of her successes are down to everyone else’s mind-boggling incompetence rather than any cunning on her part.

Never in this campaign does one get the impression Kerrigan even has a chance of failure. She effortlessly deceives everyone and wins every battle without fail. Thus, there is no drama. The outcome seems preordained. 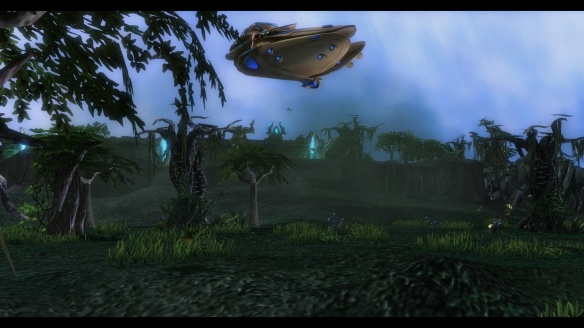 The only good thing about Brood War — aside from Stukov — is the Dark Origin secret mission, which is a brilliantly chilling piece of foreshadowing and has more relevance to the greater arc of the StarCraft universe than the whole remainder of the Brood War campaign.

All in all, Brood War is one of Blizzard’s all-time worst stories, rivaled only by Burning Crusade in its destructive pointlessness. The original StarCraft and Wings of Liberty both had their stumbles, and Heart of the Swarm was very disappointing, but all of those are still much better than Brood War was.

My latest contribution to Nexopia is Sci-Fi Novels That Changed the Face of Literature. From War of the Worlds up to the Hitchhiker’s Guide.

I wonder if the war with the Martians would have gone better if the humans had more towels?

1 thought on “StarCraft: I’m Just Going to Say It”