After months of speculation, it’s a bit of an anticlimax, isn’t it? You’d expect an angelic choir to sweep down from the heavens and write it in blazing letters in the sky, but instead we just get a little press release and a big ad on Blizzard’s site.

But the fact remains: the pandas are coming. We have exactly two months to prepare for what is, depending on who you ask, the death of WoW, the Best Thing Ever, or just another expansion.

As I mentioned recently, I’m feeling rather ambivalent towards the whole expansion, which is a stark contrast to the fevered excitement I felt before the launch of Cataclysm. Although to some extent, I think this is a good thing. There’s less chance of disappointment.

Playing the Guild Wars 2 beta weekend probably didn’t help. While there are some things WoW does better than GW2, it did become clear to me that the MMO genre can achieve a lot more than Blizzard is willing or able to do with it. 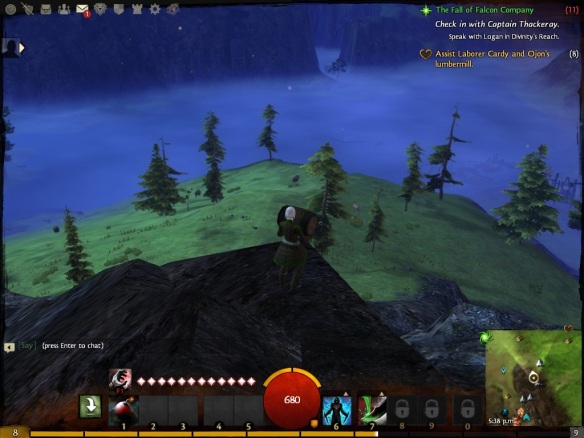 The circumstances of my most recent departure from WoW is probably staining my judgment, as well. The break-up of my guild left a very sour taste in my mouth, and whereas normally getting reacquainted with my guildies is part of what draws me back into the game, now I’ll be returning to an empty roster and bitter reminders of the past.

Finally, a release date means we likely won’t see many more major changes to classes before live. This is a bit disappointing, as it means warlocks will still be stuck with trap talents that no one should ever take, mages will still be saddled with a tier of talents that only nerfs them, and rogues will still be lacking any new toys or improvements worth getting excited about.

As for my plans for the expansion, they’re still somewhat up in the air, but there are a few things I’ve decided for certain.

I’ll start by rolling a monk (non-Pandaren) and playing that for the first few days so I can let the crowd die down in PandaLand. It’s probably going to be a Night Elf.

Leveling without a damage spec is torturous, though, and ret does have the advantage of being one of the most visually interesting melee specs now, thanks good minor glyphs and new animations for inquisition, crusader strike, and templar’s verdict.

I’m feeling a bit iffy on my rogue. I still love the class, but what few class changes we have gotten in Pandaria are almost entirely nerfs, and I can’t quite escape the feeling that I’m just playing a monk with bad animations and weaker target-switching.

I’m still looking forward to playing my warlock, despite being disappointed with how some of the changes to the class turned out — such as destruction becoming arcane 2.0 and grimoire of sacrifice being something only useful for identifying newbs.

My main spec will continue to be demonology, but I’m not sure about the off-spec. Destro may be mindless, but it’s still nice to have a burst spec for questing. Affliction is interesting and preserves some of the challenge of live warlocks, but having to refresh haunt every eight seconds makes me want to stab myself in the eye with a pen.

I may take another break from the game for a couple of months once my annual pass runs out. If there’s one thing I learned from Cataclysm, it’s that the beginning of an expansion is not very fun. Getting decent gear is a horrible grind, and everything feels nerfed compared to your end tier stats from last expansion.

I’m especially going to stay away from healing until gear gets a bit more accessible. By all reports, healing in Mists of Pandaria right now is even more brutal than it was at the launch of Cataclysm.

How about you? What are you plans for the coming of the pandas?